Exactly six years ago, I had asked Rahul Mishra where he wants to see his label 10 seasons on. “It is my dream to be the best ‘handmade in India’ label in the world. Right now India is the place to be so I am in no rush to go overseas but eventually I definitely see a stronger international presence.” Talent, ambition, prophecy or dream and in his case, a combination of it all, Rahul Mishra made this one come true.

Born and raised in Kanpur’s Malhausi, he went on to become the first Indian to win the International Woolmark Prize in 2014 and is now a regular at Paris Fashion Week. His last collection, Infinity, received rave reviews and Rahul is trying not to bask in the glorious reviews. (His humility is almost as well known as his poetic philosophy). He spoke to HHC from his home in Noida: 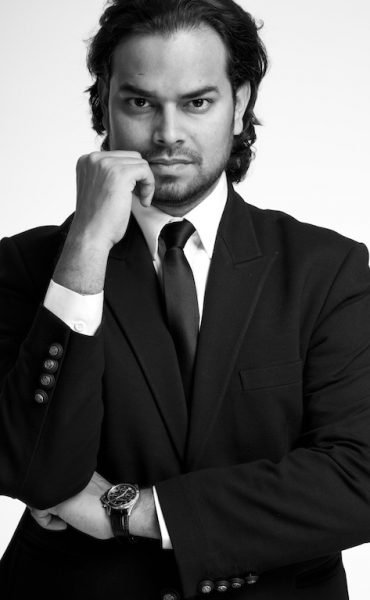 Pointillism found its way to the Rahul Mishra atelier for Infinity, his recent PFW collection, after an inspiring night spent at the Pompidou soaking in Van Gogh and Paul Signac

How did your early years influence the person you are today and how did you end up in fashion?
I grew up in a small village called Malhausi in western Uttar Pradesh. My childhood was beautiful, surrounded by nature to the extent that you are almost communicating with the animals and trees! That life shaped my being and the way I am today. I actually ended up in fashion almost by accident! I wanted to be an artist or a filmmaker and gave entrance exams to various colleges. I got through NID (The National Institute of Design, Ahmedabad) and as a science graduate, the only course I was qualified to study was apparel design. NID initiated a process of learning and observing things around me that continued to stay with me — I learn something every day! It could be from a garment, a collection, some feedback, a sale, or a mistake… It’s the learning that keeps me motivated.

Legendary journalist Suzy Menkes went backstage before the Paris show to get up close with the pieces. Suzy later said she was privileged to have gone backstage to appreciate the extraordinary elements of Rahul’s craft

What is the difference in the design process when you are showcasing at PFW vis-à-vis fashion week in India?
We have to approach the two very differently. For Paris, it has to be a collection that has evolved from the previous (collection). So, while design-wise we look for inspiration from the past, it’s also about dreaming and sharing that dream with everybody in the team, right from the embroiders to the designers. Separates are usually top-sellers and the runway looks are created by my stylist. In India, we showcase our couture line — mostly bridal and occasion wear. We have to think about the entire look, from head-to-toe. The entire outfit is decided in-house and the design process is based on that image.

In this hashtag-driven world, Rahul Mishra would pick “#HandmadeLuxury” to describe the DNA of his brand

What kind of pressure does the ‘Made in India’ tag bring with it?
There’s an inherent strength when you talk about ‘Made in India’ because of the beautiful handmade craft and culture that we have to offer but unfortunately, due to the rise of fast fashion, India is often associated with mass production and cheap labour. This mindset often poses as an obstacle but things are changing slowly. The biggest fashion houses in the world produce their hand embroideries in India and it’s sad that they don’t carry the ‘Made in India’ label. I think it’s time to fix that.